Here is a rundown of the 11 books I read in December.  The Christmas holiday always gives me a few days with extra reading time.  I took full advantage of those moments this year.  Plus, I had the added incentive of needing 11 books this month to reach my yearly goal (more on that in my upcoming favorite books of the year post). Happy reading!

Flyboys not pictured.  I’ve already loaned it out.

Bible in Pocket, Gun in Hand: The Story of Frontier Religion by Ross Phares

I always appreciate a book recommendation but I rarely put them to use.  I’m so thankful this one was passed along to me.  As the title suggests it is a quick paced volume that tells a wealth of stories about frontier religion.  It covers everything from preaching and praying to gun totting and bad boy ministers.  In the mix are wild stories about revivals and denominations.

Phares makes great use of anecdotes and extremely obscure autobiographies and documents.  Each chapter stands alone and can be read in a handful of minutes.  My favorite gem came from a congregation member’s feedback when the new preacher asked for a critique of the sermon.   The critique was three fold:  1) You read your sermon 2) You read it poorly and 3) It wasn’t worth reading.  Ouch.  A preacher should learn very quickly to avoid fishing  for sermon compliments … or critiques.

Called to Stay: An Uncompromising Mission to Save the Church by Caleb Breakey

This book was given to me by a good friend.  After a discussion on our mutual calls to remain at our individual churches for the long haul, he mentioned this book and ordered it for me.  The overall message is powerful and could help many, many churches.

The book is written by a lay person and tells a bit of his story and decision to remain at a particular church … despite conflict.  Rather than leave, Breakey decided to be the influencer, the initiator for change.  He recommends others to do the same and provides theology and a strategy for doing so.

I found my self moving between shouting “Amen” and stammering “Well, that was a little harsh.”  This is probably a good balance.  Far too many people give up on church or fall victim to the notion of “church shopping” or making church all about personal needs.  This book is a needed voice crying out in the suburbs.

Worldly Saints: The Puritans As They Really Were by Leland Ryken

This is less literature and more of an information download.  While not riveting reading it is definitely informative.  Ryken formats the book with the broad subjects for each chapter – to include work, money, family, preaching, education, social action and more.  The content of each chapter is little original thought from Ryken and mostly quotations directly from the Puritans.  It functions as a small anthology of Puritan thought.  The footnotes are extensive along with the suggested reading section that concludes each chapter.

Ryken does a great job of dispelling common caricatures of Puritans by providing proper context and Puritans in their own words.  Many people know Puritans merely as rigorous rule followers and proponents of the “Protestant work ethic.”  This volume gives you a much fuller picture.  He shows Puritans as people devoted to following Christ, passionate about family, seeing God in the commonplace, and keeping life simple and balanced.

Spiritual Disciplines for the Christian Life by Donal Whitney

This is one of those books that I’ve had on my shelf for years but never picked up.  I decided to pick it up mainly due to writing about fasting for my doctorate of ministry project.  The chapter on fasting is incredible as is the rest of the material.  Whitney includes chapters on Bible intake, prayer, worship, evangelism, serving, steward ship, fasting, silence and solitude, journaling, learning and perseverance in the disciplines.

I have always loved Richard Foster’s Celebration of Discipline.  It will remain my go-to book on spiritual discipline but Whitney’s work is a great companion volume.  Foster is a bit of a mystic and writes with a mystic’s poetic flare.  Whitney is much more boots on the ground.  His chapters are clearly formatted and broken up by section headings and brief paragraphs.  He also provide numerous on ramps for application.

In The Name of Jesus: Reflection on Christian Leadership: Henri Nouwen

This is a classic and one I’ve read countless times.  It can be read in an hour but requires weeks (if not more) of reflection.  The book is a lecture Nouwen provided to a group that asked him to speak on Christian leadership in the 21st century.  The lecture came after Nouwen’s academic career at Notre Dame, Yale and Harvard was over.  When he delivered this leadership manifesto, he was in his second year serving as a priest at Daybreak in Toronto, a L’Arche community for mentally handicapped people. He brought Bill with him to give the lecture.  No more spoilers for those that haven’t read it.

Endurance: A Year in Space, A Lifetime of Discovery by Scott Kelly

This is the type of book that stays with me for a while.  It tells a powerful story about a subject of which I no nothing.  It will send me on a rabbit trail of reading and searching for information.  I’ve already acquired another book on space and watched the first episode of Planet Earth.  My wife will quickly grow weary of my new obsession.

Who knew that astronauts perform dental operations on each other in space?  Who knew spending a year is space exposes an astronaut to radiation levels likely to cause them to die of cancer?  It was fascinating to read of the high level of international relations that takes place through space exploration.  It was fascinating to read of the toll space explorations takes on one physically and upon one’s family.

Kelly does a fabulous job providing insight to a world unknown by many of us (this sentence of full of intentional puns).

Executing Grace: How The Death Penally Killed Jesus and How It’s Killing Us by Shane Claiborne

How’s that for a title?  While written on the popular level, Claiborne provides a book worth of being taken as a serious contribution.  It is filled with history, Bible, statistics, argumentation and plenty of anecdotes.

Many people in favor of the death penalty are quick to quote verses from the Old Testament to support the argument.  Claiborne shows that this creates a Jesus problem.  Would Jesus support the death penalty?   Ultimately, Claiborne says “no.”  He spends considerable time contrasting punitive justice and restorative justice and questioning our notions of fairness and revenge.  He deals with difficult Old Testament passages and paints a New Testament ethic.

Claiborne argues that the death penalty isn’t as just as many believe it to be.  Not only is a life lost, so too, is the possibility of mercy and grace.  On top that, the justice system is filled with bias and error.  It is a sensitive subject.  If at all interested, this is a solid introductory level starting point.

Flyboys: A True Story of Courage by James Bradley

A great but disappointing book.  I jumped into this book under the premise that I was going to read a “story of courage” about a handful of WW2 fighter pilots shot down and taken captive by the Japanese government.  While I did get that story, it was surrounded by 300 pages discussing other general subject maters related to WW2.  The stated subject of the book was obviously not enough material to warrant a full-length book of its own. Yet, the story that Bradley tells of these men is truly heartbreaking.  That phrase is overused but justified by this tale of the brutality of war.

Bradley provides a well written and well documented work.  With my little knowledge on the subject, I learned tons and marked down many names and stories to read about at another  point and time.  If you have a general interest in the Pacific theatre of WW2 this would be a wonderful read. 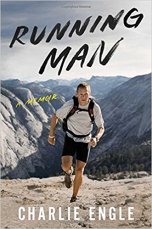 I’m a fan of running memoirs and this has to be the one with the most twist and turns in my collection.  Engle spent his early life addicted to herion, his midlife running ultra marathons and adventure races, and his later life spending nearly two years in prison for a run in with the IRS.  In the middle of those twist and turns he ran across the Sahara dessert.  That’s right – he ran the equivalent of two marathons a day for over 100 days to complete the 4,000 mile journey.  Insane!

I finished this book in less than 24 hours.  If you’re looking for a page turner … here ya go.  Warning: You’ll have to deal with some foul language and graphic drug scenes.

Being Nixon: A Man Divided by Evan Thomas

I’ve read a half dozen books on Nixon and this one rises to the top.  It reads in equal parts a character study, a political biography, and amateur psychology.  It fights against common caricatures and provides a wellspring of information along with a textured look at Nixon.

Thomas writes with eloquence and brevity.  This could have easily been a presidential boat anchor but it is a manageable volume without reducing the book to a flat portrait of Nixon.  I appreciated the chapters devoted to Nixon prior to the presidency.  I also appreciated the length of time spent discussing Nixon’s presidency prior to Watergate.  He’ll forever be remembered for the scandal, and rightfully so, but that’s not the entirety of his story.

The Silent Gladiators by Nicholas Hopping

I once had a unconquerable love for wrestling.  Somewhere deep inside the embers still burn.  That hidden passion is the only thing that could get me through this book.  At it’s core is the story of the 2004 USA Olympic Wrestling team.  Hopping is a former wrestler who practiced and traveled with many of the athletes.  It had potential but leaves much to be desired.  Far too often it is apparent that the book is a self-published work.  It lacked flow and structure.  Yet, what it lacked in those areas it made up for in an accurate depiction of the sport and the incredible drive of high level wrestlers.  Unless you’ve spent hours in a wrestling room – you have no clue at the effort it takes to achieve grappling glory.

Unfortunately, the sport of wrestling doesn’t get much coverage and lacks good books.  I’d  love to move on to the next great wrestling memoir … but I believe over the years I’ve exhausted the genre.