Here’s a rundown of the 7 books that I read in June.  My reading this month was aided by a vacation in which I finished 3 books in one week.  Gotta love vacations.  Mixed in the log are two required reads for my doctoral studies.  Happy reading! 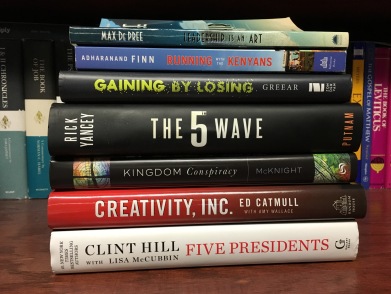 Kingdom Conspiracy: Returning To The Radical Mission of the Local Church by Scot McKnight 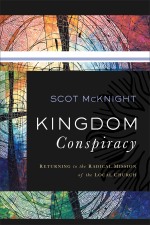 This is the first book I’ve completed for my Doctorate of Ministry seminar in September.  The seminar is Leading the Kingdom or more descriptively put, Leadership in the Kingdom of God.  The reading assignments break down into two catagories: 1) Kingdom theology and/or ecclesiology and 2) Leadership.

McKnight’s work does a fantastic job of describing two common ways of thinking of the kingdom while also making a persuasive argument for a third way.  He does this in an extremely engaging way.  On one hand the “Skinny Jeans” approach is to see the the kingdom as good deeds done by good people in the public sector for the common good.  Essentially, social justice.  On the other hand the “Pleated Pants” approach is to see the kingdom as redemptive moments when God’s reign breaks in to save, restore, reconcile, and to heal.  Essentially, evangelism.  McKnight argues for a different approach that involves the kingdom story.  He promotes the kingdom mission as entering and participating in the kingdom story which is Israel’s story being fulfilled in the story of Jesus.  His argument gets a bit heady but its powerful.

His most controversial point:  There is no kingdom work done outside of the church.  You’ll have to read it.  I highly recommend it.

Leadership Is An Art by Max DePree 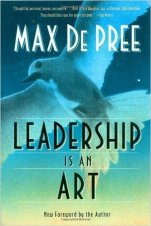 This is the second book I’ve completed for my upcoming D Min seminar.  This book is obviously in the leadership camp. I was not wowed by this one.  The book has endorsements by the likes of Bill Clinton, Peter Drucker, and Sam Walton … but not your humble blogger.

The book reads less like a literary masterpiece and more like a book that was dictated into a recording device and later transcribed.  Chapters are highly anecdotal and hardly memorable.  The main points are solid but far from groundbreaking material.

DePree’s work is also extremely one sided.  He fails to mention the difficulties of leadership in favor of solely focusing on the positive.  This books is full of tweet-able thoughts but lacks deeper substance.  I’d recommend countless books on leadership prior to this one.  It will be interesting to see how my D Min cohort reacts to this book.

Running With the Kenyans: Discovering The Secrets of the Fastest People on Earth by Adharanand Finn 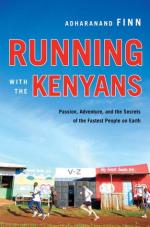 This book was recommended to me via a conversation at Starbucks.  I love finding books via the Starbucks route.  After a conversation about running and running shoes, a fellow coffee sipper mentioned this book.  I purchased it with one click before the conversation was over.

Adharanand Finn (best author name ever?) decides to get serious about running.  So he does the only sensible thing  … he moves his family to Kenya to train with world class runners for 6 months.  The adventure in Kenya is concluded with a marathon deemed “difficult” even by Kenyan standards.  This memoir is fascinating and a little bit of everything – it’s a human interest story, travel memoir, sports bio, and culture study rolled into 275 pages.  The end result is a powerful story.  Probably only to be enjoyed by running fanatics but a great book overall nonetheless.

This was a vacation read and I finished it in less than 2 days.  Loved every page. 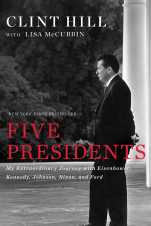 Clint Hill spent his career serving US presidents as a member of the secret service.  This memoir spans his career with an intimate look at the five presidents he worked alongside.  You get everything from the Kennedy assignation to time at Johnson’s ranch to the Nixon scandal and more.  While not digging up groundbreaking stories, the book does provide an intimate glimpse into 5 of the most powerful men in the world.   I was gripped by the chapter on the dreadful day in Dallas in 1963.  This chapter alone is worth the cover price.  I also enjoyed the glimpse into the life of Jackie Kennedy.  During Kennedy’s shortened presidency, Hill worked the secret service detail for the first lady.  Fascinating pages.

This was a vacation read and I finished it in less than two days.  It will sit next to Nancy Gibbs and Michael Duffy’s The President Club on my bookshelf (another great read for those interested in presidents).

Creativity, Inc: Overcoming The Unseen Forces That Stand in the Way of True Inspiration by Ed Catmull 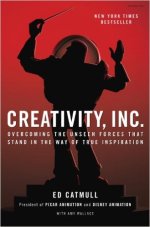 I had high hopes for the book.  It came close to expectations at times but failed miserably at others.  I was looking for a glimpse to a company that has created iconic characters and stories lines.  I was looking for great stories about Steve Jobs and other creative geniuses.  I received great material packaged in a less-than-stellar book.

The book is fabulous when it tells the story of how movies moved from ideas to blockbuster successes.  I loved details of challenges and hiccups along the road.  Yet, at times it gets too preachy (I can say that, I’m a preacher) with the business school tips.  Let the story be the story.  Don’t tell me what I should take away from it.

This was a vacation read.  I finished it in less than 2 days … so I could get to another book.

Gaining By Losing: Why The Future Belongs To Churches That Send by JD Greear 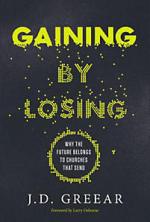 Since finishing this book I’ve already purchased another copy and given it away as a gift (Happy Father’s Day, Dad!).  J.D. Greear gets it.  I really want pastors to read this book.  It does not advocate the bigger, bigger, and bigger model that so many pastors seek and covet.  Rather, Greear promotes a missional model that is centered on sending people out.  Literally. Sending people out.

This book paints the picture of a model that is the future of the church.  No – I’m not simply stealing a line from the subtitle.  The grow bigger, bigger, and bigger model is not sustainable nor is it ultimately effective (I know that’s a broad brush).  The sending model is rooted in the Biblical call of discipleship and mission and is ultimately more effective in preach the good news of Jesus Christ.  I believe it will be more effective in the long run as culture moves more and more in the direction of a post-Christian era.

Pastors – read this book and then shoot me an email to discuss.

The 5th Wave by Rick Yancey 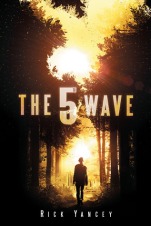 I picked this book up for $2 at a library book sale last year.  I tucked it away and finally decided to pull it out.  The attraction?  The book was made into a movie.  I’m a sucker for reading a book prior to a movie release.

If this book was anything – it was entertaining.  You follow a couple of characters through a “survival of the fittest” storyline in the aftermath of an alien invasion.  I’d label it as a teenage War of the Worlds.  While you spend a large portion of the book in the brain of teenage girl on the brink of a meltdown – it is cleverly written.  There are a number of point of view changes that create intrigue and move the story along (even through some predictable storylines).

This is the first book in a trilogy with the second and third book already in bookstores.  You’ll see books 2 and 3 on a future reading log.